Global food control has nearly been achieved, by reducing seed diversity with GMO (genetically modified) seeds that are distributed by only a few transnational corporations. But this agenda has been implemented at grave cost to our health; and if the Trans-Pacific Partnership (TPP) passes, control over not just our food but our health (see posts in Black Hat Biotech menu), our environment and our financial system will be in the hands of transnational corporations. And our governments of course already are.

Monsanto, the TPP and Global Food Dominance
Meat Will Only Be For The Elite If Leftie Scientists Get Their Way

This blog is becoming the Obama Warmonger blog. A long time ago, just after Obama was elected in 2008 I began a post by slightly misquoting Shakespeare’s Henry IV part 2 act 4 sc 5. The old king is speaking to his son (Henry V to be). All I had to do was substitute Obama’s real name (Barry) for the Prince’s …

Therefore, my Barry,
Be it thy course to busy giddy minds
With foreign quarrels, that action, hence borne out, 3110
May waste the memory of the former days.

Two years after President Barack Obama declared that his administration had ended the catastrophic US war in Iraq responsibly leaving behind a sovereign, stable and self-reliant government, the US has rushed emergency shipments of Hellfire missiles to Baghdad and appears to be preparing for a possible renewal of direct military intervention in the form of drone missile attacks.

These measures are a response to an appeal from the government of Iraqi Prime Minister Nuri al-Maliki, the New York Times reported Thursday, and come in the face of a rise in violence to a level not seen since the US military surge of 2008, with over 8,000 Iraqis having lost their lives over the last year.

A shipment of 75 Hellfire missiles arrived in Iraq last week, according to the Times report. The Pentagon is also set to deliver dozens of reconnaissance drones to the Baghdad regime in the coming year, along with F-16 fighters and Apache helicopter gunships. US intelligence is also providing targeting information for Iraqi air strikes.

Military experts cited by the Times (London), however, expressed skepticism that the Iraqi military, even with such material assistance, will prove capable of defeating a growing Al Qaeda-affiliated insurgency in the countrys predominantly Sunni Anbar province.

The prospect for a more direct US military intervention through the launching of a drone airstrike campaign has been raised in recent months by Iraqs foreign minister, Hoshyar Zebari.

Last Sunday, State Department spokeswoman Jen Psaki signaled the escalating US involvement in Iraq, declaring that Al Qaeda-connected insurgents were seeking to gain control of territory inside the borders of Iraq and describing these elements as the common enemy of the United States and the Republic of Iraq, and a threat to the greater Middle East region.

This threat, however, is one of Washingtons own making, and the common enemy in Iraq has been the de facto proxy force of US imperialisms war for regime-change in neighboring Syria.

Well as the USA lurches from crisis to crisis, in race relations, social collapse, jobs, cost of living, law enforcement, out of control climate management experiments, legislative paralysis and a loss of confidence in government it certainly seems Barry has set himself on a course “to busy giddy minds with foreign quarrels”.

Only if his goal is to make himself more unpopular. And shouldn’t someone be asking who T. F. gave the Syrian Al Qaeda butchers advanced weapons in the first place.

As Washington shut down for the holiday, US President Barack Inssein Obama said before leaving on a multi million dollar vacation in Hawaii that his government will take action if needed in South Sudan after American forces were attacked in the African country.

As I monitor the situation in South Sudan, I may take further action to support the security of US citizens, personnel and property, including our embassy, in South Sudan, Obama writes in a letter to Congress.

Let’s hope his intervention if it happens is not as successful as previous meddling by his army of incompetents in Libya, Egypt, Yemen and Syria.

The people of south Sudan do not deserve that kind of help, most of them have done nothing wrong.

Oops, this should have gone in Boggart Blog Pop over there now to see the full post and much more. Here’s a taste of what you will find …

Oh no! the two headed beast Gideondanny and Buster Miliband and his unfeasibly large Balls have merged into a single entity …

If those three skunk felchers Obama, Cameron and Hollande had got their way these people would be in charge in Syria by now.

Over 80 civilians in a town northwest of the Syrian capital of Damascus have been executed by Islamist rebels, sources within the Syrian military told RT. Many others were kidnapped to be used as human shields.

Government forces are continuing a large-scale operation against Jabhat al-Nusra and Liwa Al-Islam fighters, who captured the town earlier this week. The area is located some 20 kilometers away from Damascus.

According to SANA news agency, around 1,000 militants were in the town when it was enveloped by the army on Friday.

The military sources said the armed groups have performed an execution of civilians in Adra, RT Arabic correspondent Abutaleb Albohaya reported from Syria.

Remember the great peacemaker and joybringer, the man who promised he would succeed where King Canute failed by turning back the tide (well OK, stopping rising sea levels due to global warming – sea levels were not rising due to global warming but were and still are rising in subduction zones which is not quite the same thing) He was also the man who would unite the races of the world (in hatred of whitey) and unite the religions of the world (in hatred of Christianity.

And now he says he will tread in Mandela’s footsteps and be the first great liberator of the 21st century. Bet the people of Iran, Saudi Arabia, Burma, Syria etc. are shitting themselves.

“The U.S. needs to prepare for a potential war with China, according to a group of defense analysts at a U.S. House armed services subcommittee hearing this week.

At the hearing, the defense analysts told the U.S. House Armed Services Seapower and Projection Forces Subcommittee that the Pentagon should begin a massive arms build-up, including additional nuclear submarines, for a possible war with China.

Chinese leaders are ambitious and they are moving toward great power status, Seth Cropsey, a senior fellow at the D.C.-based Hudson Institute, said according to DoD Buzz. The U.S. is not taking this possibility as seriously as it should.

To respond to this threat, he added, the U.S. needs to develop a detailed war plan involving U.S. military assets.”

Read more at the US Military website DoD Buzz

Hardly able to contain their excitement at the prospect of Ukraine joining the EUSA, the Obama administration typically jumped the gun by announcing plans to put a missile defence system in it’s new eastern European colonies.

The Russians in turn responded in typical fashion. 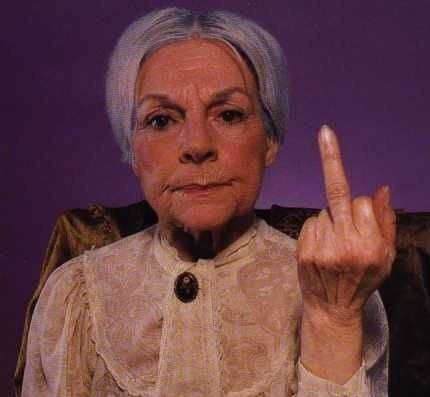 Referring to the American threat of installing a missile defense system in Europe, Russias Deputy Prime Minister Dmitry Rogozin has replied that Russia would respond with nuclear weapons if it was targeted by conventional American missiles.

Rogozins comments came shortly after President Vladimir Putin said Russia must upgrade its weapons systems in order to counter U.S. plans to institute the EPAA missile shield in Europe, which is allegedly designed to counter Irans nuclear build-up by aiming lots of missiles at Russia.

Russia was preparing a response to the U.S. threats, Rogozin said.
They may experiment with conventional weapons on strategic delivery platforms, but they must bear in mind, that if we are attacked, in certain circumstances we will of course respond with nuclear weapons, he told Russian and western media.

Read more on this at Russia Today